Today, December 7th,  we celebrate St. Ambrose, one of the patriarchs of Christianity. 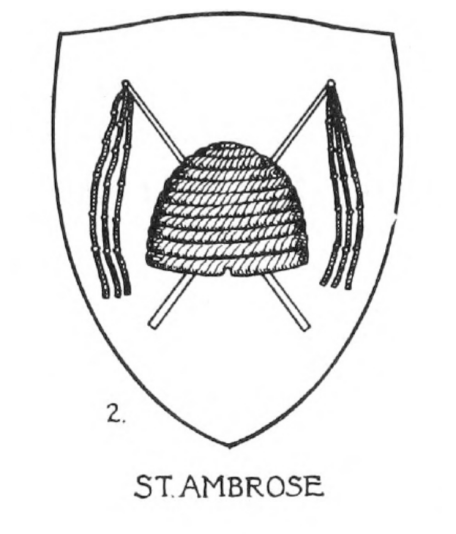 Born as Aurelius Ambrosius in 334 A.D., the man we know as St. Ambrose grew up in Gaul where his father held a high post as prefecture. It is said that a swarm of bees visited the infant Ambrose, landing upon his eyes and lips. This tradition claims to be the source for Ambrose’s abilities later in life of speaking in honeyed, caring words. So, the beehive has become the symbol most frequently associated with St. Ambrose because it is a symbol of eloquence.
Ambrose came from a Christian family. His great-aunt was martyred as a virgin for refusing to make sacrifices; her name was Soteris. Many Bishops and even the Pope visited the family while Ambrose was a child. And in 353 A.D. on the feast of Epiphany, Marcellina, the sister of Ambrose, consecrated her virginity to God. She received the veil in Vatican basilica from the Pope, but continued to live at her parent’s home for the rest of her days.
Although residents in Gaul, Ambrose’s family moved into Italy after the Roman government fell into turmoil when Constantine the Great died. As his father before him, Ambrose became counselor prefect. He governed northern portions of Italy, with the central seat of power out of Milan. When the bishop of Milan died, Ambrose oversaw the election council to keep peace between the Arians & the Christians faithful to the council of Nicaea. The election council was so impressed, they elected Ambrose the bishop. Ambrose was not well versed in Theology and had never been baptized. But in 374, he was baptized and installed as the Bishop of Milan.
Throughout his vocation, Ambrose did many impressive acts. The Arians thought he would be neutral to their cause, but in fact he proved a staunch opponent to Arianism. As a learned man, he was gifted with the ability to write beautiful hymn, some of which we sing in our churches today. Practicing what he believed, Ambrose was a firm advocate for the purity of virginity and the act of celibacy.

The scourges in the above symbol for St. Ambrose relate to the excommunication of Emperor Theodosius for his massacre of the people of Thessalonica. The Emperor could not receive absolution until he did penance in public for his sins. Among the other symbols associated with St. Ambrose are a pen, book of ancient music, a chalice, a writing table and books, a bull, a dove, an a goose. His zeal to defend the church against the Arians and pagans is often depicted as a heart with heraldic flames.

And finally Ambrose was a mentor to St. Augustine of Hippo and his mother Monica; even administering baptism to Augustine. Ambrose died in 397 A.D.; he died blessed with learning and a life having been spent walking in the path of Christ.

St. Ambrose is revered as one of the Latin Church fathers which number four in all. He is in company with SS. Jerome, Augustine of Hippo, and Gregory the Great. There are also four Greek Church Fathers which include SS. Athanasius, Basil the Great, John Chrysostom and Gregory of Nazianzus.  On occasion, St. Cyril of Alexandria is added to this number of Church Fathers. 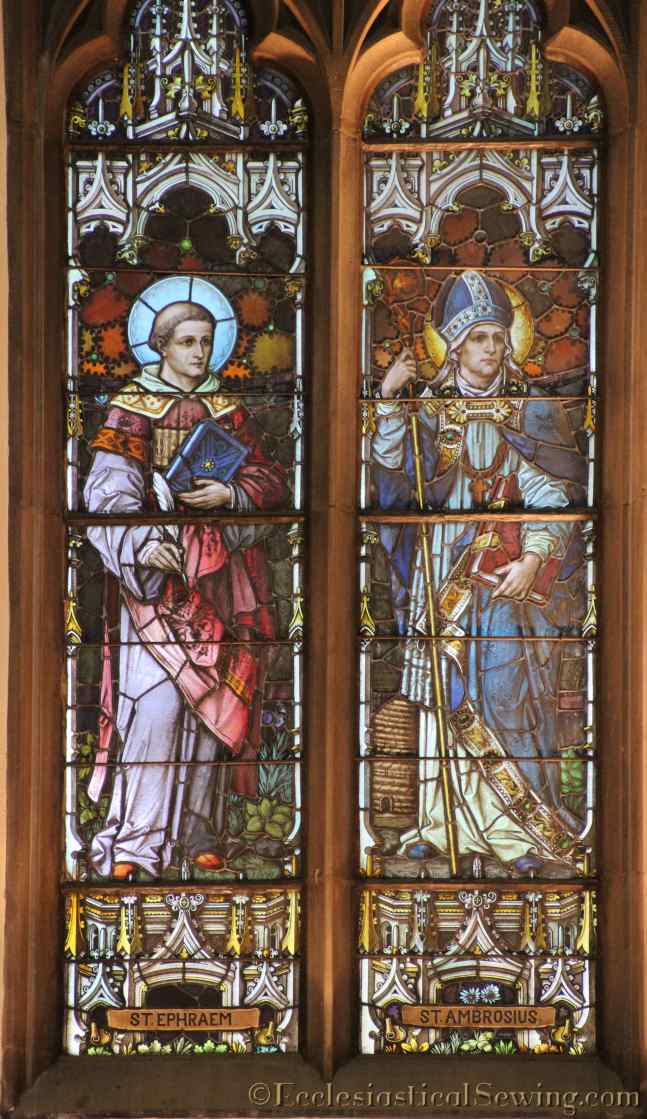